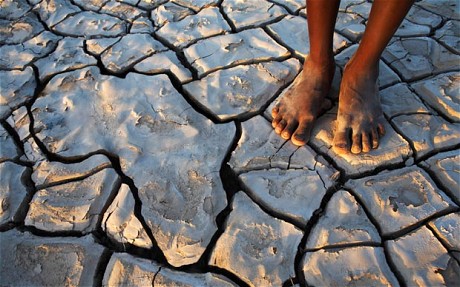 The Paris Agreement, which was adopted in December 2015, and entered into force on November 4, 2016, is an international treaty aimed at reducing greenhouse gas emissions that give rise to global warming and keep global temperature increase in the 21st century to between 1.5°C (2.7 °F) – 2°C (3.6 °F) pre industrial levels. Countries were encouraged to draw up plans under the Intended Nationally Determined Contributions, INDC, to peak greenhouse gas emissions by year 2025-2030, which is essential for the achievement of the Sustainable Development Goals.

As at December 2021, the most ambitious , legally binding and universal Agreement has been signed or acceded to by 197 countries and ratified by 193 out of the 197 members of the  United Nations Framework Convention on Climate Change (UNFCCC) which are parties to the agreement, and 196 parties present and which adopted the Agreement at the United Nations Climate Change Conference held in Paris, France from November 30 to December 11, 2015.

Excitedly, 52 independent African countries, which are members of the UNFCCC, have both signed and ratified the Paris Agreement, with the exception of Eritrea and Libya which have both only acceded to the accord. The 52 African countries account for about 5.7percent of the total global 98.6percentage of greenhouse gases for ratification. This percentage might look insignificant, but countries like Côte d’Ivoire, South Africa, Nigeria, Cameroon and Algeria carry a burden of about 1.46, 0.73, 0.57, 0.45 and 0.30 percent respectively, accounting for about 3.6percent of the total percentage emissions for Africa.

With countries in Africa grappling with poverty and rising inflation, it may be a long journey for the continent still contending between the need to allow all processes flow to meet social and economic demands, or make some sacrifices and commitment towards climate change mitigation. There is, however, a need for African countries to accelerate the process for the control of greenhouse gases and environmental pollutants. The African Union needs to champion the cause for the peaking of greenhouse gases in a continent that lacks the resources and muscle to fight the effects of climate change and environmental pollution in the long run.

Climate change and pollution are threats to human existence. Humans through various domestic and industrial activities have continued to fuel the impacts, such as, excessive atmospheric heat or extreme cold, drought, flooding, disruption of the ecosystem, famine, crop infestation, diseases, conflicts, food contamination, and so on. The fledgling fossil fuel industry, gas flaring, unclean energy production, harmful industrial processes, use of chemicals in agricultural processes, burning of refuse, indiscriminate dumping of refuse, open defecation, tree felling without planting replacements, not turning off electrical appliances when not in use, and others, should be pointers in the right direction for African countries to come up with implementable and enforceable policies. While some have advocated for an increase in carbon and energy taxes, some countries are beginning to take small but significant steps towards achieving the objectives of COP21. Rwanda, for example, has put in place policies for tree planting and use of bicycles as replacement for petrol, diesel or gas-powered vehicles on rotational days.

To scale up efforts towards a low-carbon and climate resilient future, a more adoptive solution is to mobilize and engage the vast army of African youths as environmental education agents, creating social and environmental awareness, and utilize in research, development and implementation of sustainable solutions to industrial processes, agriculture, construction, forestation, transportation, clean energy production, technology development and transfer. African countries must ambitiously and relentlessly adopt the strategies set out in their Nationally Determined Contributions, NDC and overhaul their educational curricular to include this.

According to an African Union report, at the “Committee of African Heads of State and Government on Climate Change (CAHOSCC) convened on the 6th February 2022 in preparation for the COP27 and to deliberate on the outcomes of the Glasgow Climate Conference held in 2021 and the implications for Africa, outgoing CAHOSCC Coordinator H.E. Cyril Ramaphosa, President of the Republic of South Africa, underscored the need for Africa to speak in one voice and the imperative to ensure momentum and focus is not lost, and that climate change is not relegated to the periphery to the global development agenda. He noted that Africa is witnessing the worst impact phenomenon associated with global warming such as droughts, floods and cyclones.”

“Climate change impact is costing African economies between 3% – 5% of their GDP. He asserted that a one-size-fits-all approach to complex issues such as a transition from fossil fuels that disregards the realities in Africa are not practical or equitable.” “Developed economy countries have agreed to support the implementation of Just Transitions that promote sustainable development, poverty eradication, and the creation of decent work and quality jobs. Much more work needs to be done for Africa and the world to keep global temperature rise to 1.5 degrees Celsius by the end of the century. It is still of concern that the necessary financial flows to enable developing economy countries in particular to mitigate and adapt to the impacts of climate change remain vastly inadequate.”

He added that “Africa’s Special Needs and Circumstances need to be recognized globally because of our natural resource-based economies, and owing to high levels of poverty, unemployment and underdevelopment. Such a decision will unlock the necessary financial flows to our continent as we embark on Just Transitions towards a low-carbon future.” Gladly, the “African Union has since developed the AU Climate Change and Resilient Development Strategy and Action Plan to guide, coordinate and support the Continent’s response to Climate Change for the period 2022-2032.” This is a commendable improvement on the 2014 Draft African Union Strategy on Climate Change.

As the burden now falls on H.E. Uhuru Kenyatta, President of the Republic of Kenya, who is the new Coordinator of CAHOSCC, perhaps, encouraging member states on early adoption and implementation of the NDCs, marshalling strategies, and setting aside or sourcing for climate finance and support, as called for, could accelerate the realization of the 2030 target, so that Africa would not be left behind.